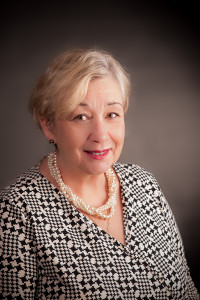 Christine O’Reilly-Rao has served as the Town Clerk for LaGrange since 2008. Under her direction, she has utilized her extensive administrative and record keeping experience to improve record accessibility and provide the very best service to LaGrange residents. Her goals for the future include upgrading electronic record search capabilities, reducing off-site record storage for cost saving and more efficient access and crafting an email retention policy for the Town. She is a member of the New York State and Dutchess County Town Clerks Associations as well as the president of the La Grange Women’s Republican Club.

As your Town Clerk Christine has:

Christine continues to work to find new ways to optimally run the Clerk’s office and is committed to serving town residents to the best of her ability.

In her free time, she enjoys meditative yoga and volunteering as a communicant at Blessed Kateri R.C. Church. Christine and her husband, Vittal have lived in LaGrange for 27 years. 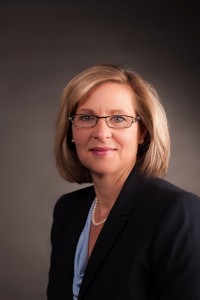 Margaret Schmitz for Receiver of Taxes

Margaret is currently the LaGrange Deputy Town Clerk and Deputy Registrar of Vital Statistics. She has faithfully served in this capacity since 2008 including nearly a year as acting Town Clerk.

She diligently protects and maintains vital Town records and is committed to providing the trust worthy, friendly and professional service that LaGrange residents are accustomed to. Margaret’s strong organizational skills and recordkeeping abilities make her well-qualified for the office of Receiver of Taxes.

She collected school taxes for the Pawling Central School District for two school years prior to her appointment as Deputy Town Clerk in LaGrange. Having assisted the retiring Receiver of Taxes for the past few years she has gained the experience and insight necessary to competently perform the duties of LaGrange Receiver of Taxes.

Margaret is a NYS Notary Public. She is a former youth mentor for Council on Addiction and Prevention & Education (CAPE), and catechist at St. Kateri Church. Margaret is a 12-year resident of LaGrange. 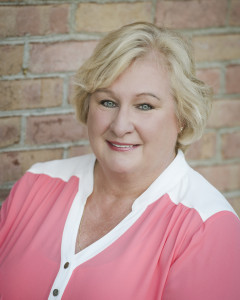 Twenty-eight years ago Melissa Wagner and her late husband Jon chose LaGrange to build a house and raise a family. As part of the community they felt a responsibility to work on Keeping LaGrange Great for their family and others living in the town. Melissa served as a member of the vestry at St. Paul’s Church and on the Board of Trustees for Germania of Poughkeepsie. Her relentless service and planning for their yearly festival, combined with her fundraising abilities, enabled her to be elected as the Vice-President of Germania’s Board.

In addition to serving her community, Melissa has been a member of the LaGrange Republican Committee for the last eight years. This has allowed her to ensure the right candidates at all levels of government become elected to Keep LaGrange Great. Her strong belief in local government and love of LaGrange fuels her interest in pursuing the position of Town Councilperson.

Her work history has prepared her for success in this position. Melissa worked for the New York State Office of Mental Health for over 36 years. She started her career as a nurse at Hudson River Psychiatric Center and was later appointed to Associate Director for Community Services. In this position she managed State Mental Health Services in three counties (Dutchess, Ulster, and Putnam), where she supervised approximately eighty employees, and provided services to over five hundred patients. In 2001, she was appointed by Governor Pataki to the position of Assisted Outpatient Treatment Coordinator/Standards Compliance Specialist. In this position, Melissa implemented and monitored court ordered services for sixteen counties. She was responsible for supervising and educating County Mental Health Departments, service providers, courts, and judges on mental health law. Melissa also provided oversight to mental health directors, hospitals, and community mental health providers on licensing and budget matters. In 2012, Melissa retired from this position and currently works part – time at a nursing home as the Inservice Director and Employee Health Nurse.

These experiences have prepared her to be an effective a member of the Town Board and make sound decisions on matters facing the Town.

Melissa still lives in the house her & Jon built in LaGrange with her son Matthew, a recent graduate of Marist College. Melissa’s daughter Erin lives in Millbrook with her husband Dan. 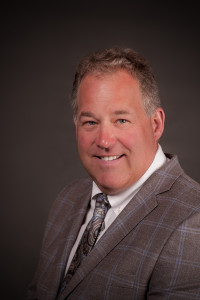 Gary has been a LaGrange resident for 24 years. He moved here, married his wife Kim and together they have three wonderful sons. They believe their enjoyable experience in the community is due to the wonderful people they have come to know and love while living in LaGrange. “Our town has brought much joy and many fond memories”.

Gary and his family run small businesses in Dutchess County including some in LaGrange. As a business owner, Gary brings many experiences that could “Keep LaGrange Great”, such as budgeting, finances and day-to-day operations. Gary businesses always put the customers first. As your Councilman, Gary would put you first by making decisions based on what is best for LaGrange residents and taxpayers.

Gary would like to help “Keep LaGrange Great” by focusing on smart economic growth while preserving the beauty of our town’s environment. Gary would like to run for Town Board to give back to the community that has given him so much over the last 24 years while setting an example on the importance of community service for their boys.

Here is some more information about Gary: 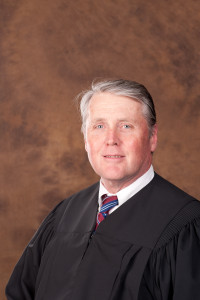 The Honorable Stephen O’Hare has been the Town Justice since January 1, 2011.   Prior to serving as Town Justice, Steve served on the Town Board as a councilman from January 2006 through December 29, 2011.

Steve is an attorney with a private practice since 1988. His areas of concentration include civil, criminal and quasi criminal litigation. He handles various types of cases from inception through verdict and appeal in New York State Courts and United States District Court. 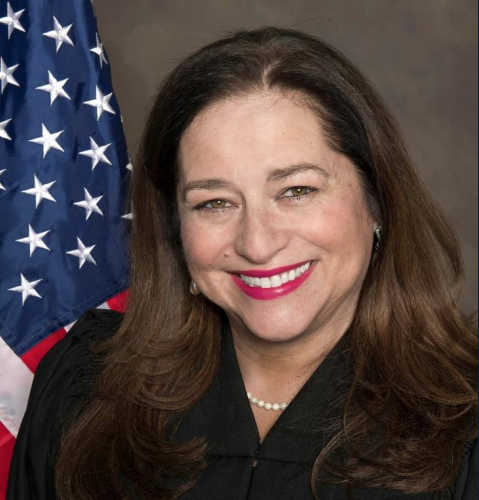 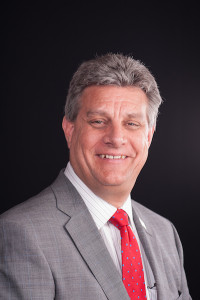 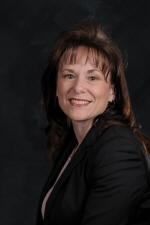 Donna has served as a member of the Town of LaGrange Recreation Board for 7 years.

Donna Bolner was born in Oklahoma and raised in Texas. She is a graduated from Sam Houston State University with a BS in Geology. She attended SUNY-New Paltz where she earned a MS in Science Education, and a CAS in School Leadership.

Although Donna initially began as a geologist, she is a 20 year science educator, with National Board Certification and was an inaugural 2014 NYS Master Teacher. Currently she is Assistant Principal at Lakeland Cooper Beech Middle School, in Shrub Oak, NY. Previously she was an Earth Science teacher at LaGrange Middle School for fifteen years.

Donna believes the first step in solid representation is to be a good neighbor. Good neighbors create neighborhoods where people want to live, which link together and establish great communities. Great communities are a hallmark of Dutchess County and knit together our past, present and future. As an elected representative, wife, and mother she strives to serve others and think local first. 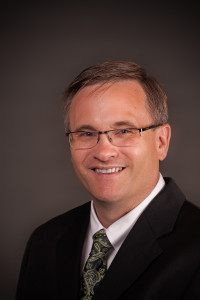 Dale Borchert was born in Buffalo and raised in Akron, NY. He is the second of four children to Carole and Melvin Borchert. Dales comes from a family of public service. His mother, Carole served the Town of Newstead for over 20 years. His father, Melvin, was a route supervisor for Perry’s Ice Cream until his death in 1983. Dale’s older brother David is a foreman for the Erie County Highway Department, his brother Daniel is the Village Clerk/Treasurer for the Village of Akron and his sister Darlene is a fashion teacher for Erie County BOCES.

Dale attended Alfred University and earned his Bachelor’s Degree in Geology from The University of Rochester. He earned a Master’s Degree in Environmental Science from SUNY College of Environmental Science and Forestry at Syracuse University. For the past 23 years, Dale has worked for the NYC Department of Environmental Protection where he currently serves as the manager of a laboratory that tests all of the City’s drinking water before it enters the distribution system. He takes great pride in ensuring that the water for over 8 million people is safe to drink each day.

Dale and his wife Beth were married in 1990. They moved to LaGrange with their newborn daughter Kathy in 1995. Their son Tom was born in 1997, and the four of them have loved being member of the LaGrange Community.

Dale first became involved in LaGrange government by serving on the Master Plan Review Committee from 2000 – 2001. He was appointed to the LaGrange Republican Committee in 2004 and was elected to fill a vacancy on the LaGrange Town Board in 2005. While on the Town Board, Dale worked with Supervisor Jon Wagner to review efficiencies in various Town Hall offices, while serving as the Town Board’s liaison to the Open Space Preservation Committee, which ended with the successful passing of a bonding referendum to protect open space in LaGrange to ensure its rural character.

In July of 2009, Dale was appointed to replace Bob Sears as one of LaGrange’s representatives in the Dutchess County Legislature. Dale won his first full term in November 2009 and was appointed as Chairman of the Budget, Finance & Personnel Committee the following year by Legislative Chairman Robert Rolison. During his second term, Dale was elected as Majority Leader of the Dutchess County Legislature. In his third term, Dale once again is chair of the Budget, Finance and Personnel Committee, where he guided a budget review process that resulted in a reduction in the county property tax levy for 2015. 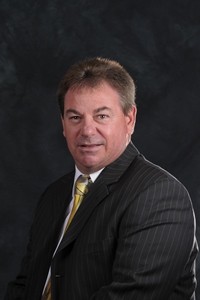 Edward P.  Jessup is a 19 year resident of the Town of LaGrange and a 31 year resident of Dutchess County.  He is the owner of Jessup Associates, Inc., a successful business for  over thirty years.

Joe Luna is a 57 year resident of the Town of LaGrange.  Joe brings a lifetime of experience in government, community service, business management, architectural design and land use.  He has enjoyed nearly 50 years of service to the town as both a volunteer and elected official. His current and past positions and responsibilities include:

Joe’s accomplishments in serving residents include:

Joe’s strong commitment to the Town and community service has become his passion.  As a former business owner, he brings a unique and balanced perspective to the needs of residents and businesses while preserving a high quality of life, promoting economic opportunities and maintaining our rural landscape.